In 1951 when I was in elementary school, I watched movies during lunch along with a five cents bag of popcorn. One movie was The Day the Earth Stood Still. The film was one of the first science fiction genre that focused on humanity rather than extraterrestrial violence.

It was only recently when I  read “Farewell to the Master,” that I realized the movie came from a thought-provoking story written by Harry Bates in 1940 and how different the movie was from the original story. A decade later the story was made into a movie called, The Day the Earth Stood Still. The movie’s impact on me was monumental. From that day on, I changed my perspective about ‘aliens’ and referred to extraterrestrials as ‘friendlies.’

You might be asking yourself what this has to do with life coaching, the primary emphasis of this site. Well, it is about perspective. During my many years of providing counseling and then life coaching, it became clear that a person’s perspective could make all the difference in their achieving success, fulfillment, joy, abundance and a well-balanced lifestyle.

I am sure that you have your own examples of how changing your perspective made a difference in your life. I remember years ago when I was the executive director of a mental health agency in Southern California and two women walked into the office just before closing. One woman was obviously in great distress and sobbing. The other woman, unable to calm her friend down, decided to bring her for some mental health support. She shared how her friend’s house had just burned to the ground with everything she owned and how devastated she was.

During the conversation, I learned more details about her life and the significance of her house and belongings. I recognized that for her to experience the opportunity of embracing change she would have to adopt a different and reasonable perspective rather than focusing on loss.

I will not take the time here to discuss the entire details that occurred throughout several hours’ of conversation. I can share that before they left, her perspective had changed dramatically. She realized that the job she had was keeping her from living her passion as it paid well enough for her to live in a luxury house in a beautiful forest community. She also did not have the courage to take the risk.

Nevertheless, she did not like the job. Until the house burned down, she did not believe that it was possible to live in a larger city and follow her life’s purpose.

After discussing perspective and her core beliefs it was clear that she no longer felt trapped and in despair. Her perspective had changed to excitement about what the future opportunities offered. Most of all, she finally felt free to relocate and follow her dreams.

Within a month, she moved to San Francisco. There, she began to live the life she could only dream about previously. We kept in touch for several years as she developed and then achieved success, fulfillment, joy, abundance and a well-balanced lifestyle.

Frequently, she said that her house burning down was the best thing that ever happened although at the time she initially believed it was the worst thing in her life.

This is only one of many times that I could share where helping someone embrace a new perspective made all the difference. I have the above poster on a wall in my study across from my desk as a reminder of the value that perspective brings to our life.

5 comments on “The Day The Earth Stood Still”

Why I Created This Blog

I have created this blog to share my thoughts and miscellaneous musings about Life Coaching and living a passionate fulfilled life. The perspective is to provide intelligent, informative, entertaining and thought-provoking posts. My interests shared in this blog include (but are not limited to) personal development, lifestyle, health, culture, technology, spirituality, writing, science, politics, humor, and nature.

The content presented here is © 2022 Stephen Bruno and may not be reproduced, copied or altered in any way, by use of a computer or other electronic means, without specific permission and payment of a fee. All photographs are protected under the United States and international copyright law. Any unauthorized use is a violation of copyright law.

I vigorously protect my copyright interests. In the event that an infringement is discovered, you will be notified and invoiced the industry-standard TRIPLE-FEE for unauthorized usage and/or prosecuted for Copyright Infringement in U S Federal Court where you will be subject to a fine of US$150,000 statutory damages as well as my court costs and attorneys’ fees.

Whether you live in Arizona, across the country or around the world, together we can connect by phone, e-mail or chat to help you succeed and embrace achieving each of your goals! 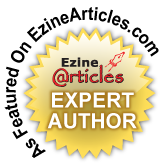